In 1883 in Milan there was operating a society of mutual aid among the Italian gilding, varnisher workers. At the same time the Guide of Milan listed under the category of Decorators, plasterers and ornamentalist thirty studios and craftsman workshops, everyone with their own specialty. In 1892 among the painters, decorators, plasterers and gilding varnishers there were 275 companies represented by a workers union that had been formed only 9 months previously. A cooperative of stuccoers, worker in concrete, painters and plasterers offered its services for jobs and decorations for facades and interiors-decorations in chalk and in bright stuccos-pavements in (gettata) -tables, fireplaces, washbasins -bathtubs-canals, staircases, balustrades plastering and painted decorations. Over time the demands for original decorations diminished, in which the job of the painter is exclusive and personal. Still in the mid 1880’s, the great bourgeoisie and aristocracy of Milan entrusted the decoration of their own dwellings to artists of academic formation who alternated this activity with the production of paintings for official art expositions . The cooperative painters-plasterers besides the usual plastering jobs employed skilled laborers which would do nearly any type of painting. 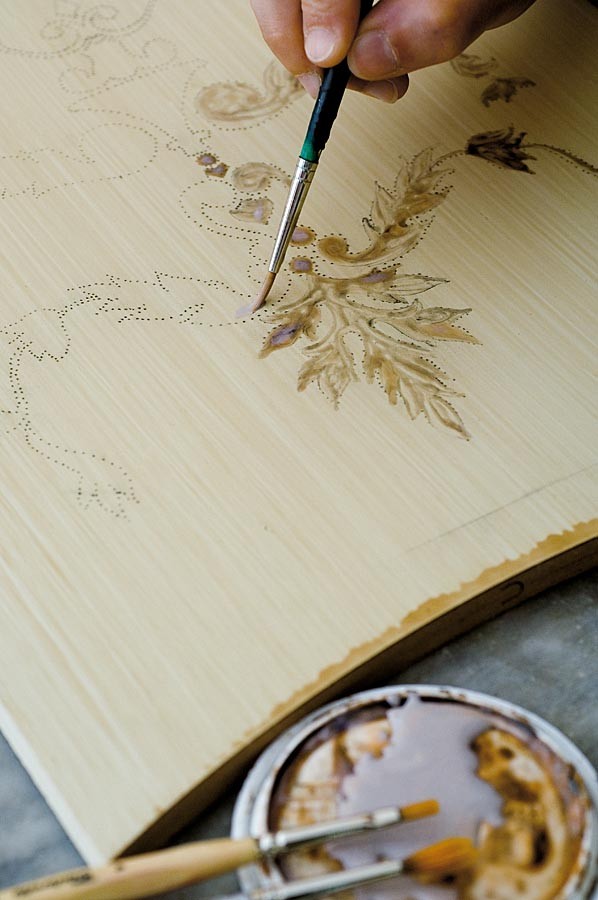 From the beginning, in fact the painters and plasterers tried to distinguish themselves in the market, offering a range of services for inside and outside of high artistic quality. The borders between artist and craftsman were tending to vanish. Among the painters hired by the cooperative we find the well known name, of CARLO CARRA. Young Carlo was the son of a craftsman of the Alexandrian school. He dreamed to became a painter, and in 1895 moved to Milan and obtained various decoration jobs. When he turned 23 years old he entered into the service of the painter and-plasterer cooperative. He also worked as an apprentice in 1901,in the building yard of a rest home for musicians, built by GIUSEPPE VERDI. Carra became appreciated for his artistic qualities which were recognized by his colleagues long before he become well known in the artistic field. In August 1904 Carra is accepted as a partner, but only until June 1908, when he is expelled from the cooperative for not paying the annual membership fee. He was never part of the leadership, and he rarely participated in social events. But the working activity of Carra in the cooperative was intense. Carra continually increased his tasks in the cooperative, designing also the models for stucco and for frescoes. In 1906 Carra was given the assignment to paint an imposing canvas, An Allegory of work which represented the Cooperative in International Expo of Milan. In May 1907 he did the splattered(schizzi)) decorations of the theater and baths in Rimini. But soon after the director of the cooperative lamented the difficulty of finding someone able to replace Carra. Despite his expulsion from the cooperative Carra continued to do work for them. In 1914 he was sent to Padua to do bas- relief work. The Cooperative lasted until when it was absorbed into a national cooperative entity.
We have a collection of spolvero originals and reproductions which can be used for architectural decoration or works of art in their own right.  Colors and sizes can also be adapted to specific job requirements. 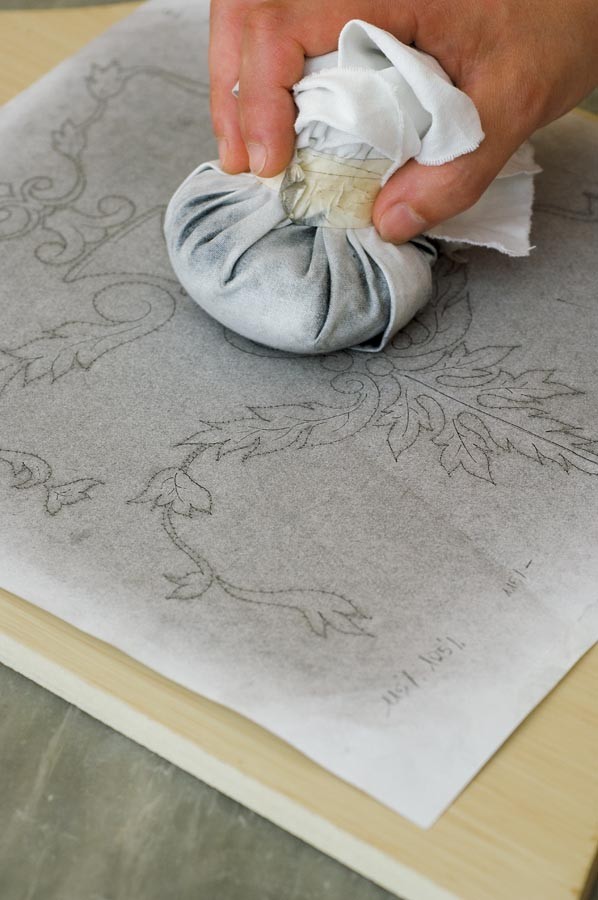 Share
April 01, 2012 — Jean Barlow
Back to Blog Newer Post
First NameLast NameSubmitAccount form fieldsData successfully storedSomething went wrong, please try againThese fields can not be empty, must be checked, or have to be valid